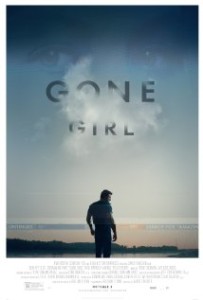 Gone Girl is good mystery thriller but over hyped. It was too long (2:30). Started slow first 30 minutes but is still worth watching. Ben Affleck is a mediocre actor and did an OK job in Gone Girl…. but he didn’t quite bring that “X factor” to elevate this movie into something special. The plot was there, the supporting actors were there, but it just missed that edge.

The pre-hype of Gone Girl and the critic’s hype of what a great movie Gone Girl was has me baffled. Granted, it was a good movie but in my opinion, definitely not Oscar material. Maybe I have higher expectations or maybe the movie industry (including critics) have lowered the bar on what constitutes a great Oscar worthy movie. 2014 was not a good year for movies, so maybe Gone Girl will receive Oscar buzz.

IMDB rating 8.4 – synopsis: On the occasion of his fifth wedding anniversary, Nick Dunne reports that his wife, Amy, has gone missing. Under pressure from the police and a growing media frenzy, Nick’s portrait of a blissful union begins to crumble. Soon his lies, deceits and strange behavior have everyone asking the same dark question: Did Nick Dunne kill his wife?

When a director & producer think that their movie is so good that we, the audience, will be overjoyed that they made it 2:30 long, I find that insulting and egotistical. Gone Girl was better than some movies, but really not a “special” movie. My wife and I were both disappointed in the ending. So many movies today end with the philosophy that the audience can interpret the end any way they want. I, personally, like a real ending that I don’t have to interpret. The screen goes black and the credits start rolling… my wife and I look at each other and say, “That’s it?”

I wish Ben Affleck was a better actor. He seems like a nice guy and is in some pretty decent movies, but he doesn’t have that big screen presence that some of the bigger stars have. His co-star, Rosamund Pike did a good job and kept it interesting. Throw in Neil Patrick Harris and Tyler Perry and you have a cast that elevates almost any movie. I’m also a fan of Kim Dickens – you may recognize her from Sons of Anarchy (house Madame) or Friday Night Lights (TV) as the mother of the quarterback.

I end up watching most of Ben Affleck‘s movies and then complain about his acting… same with Nicolas Cage… he plays in some pretty poor movies, is not that great of an actor, but I still watch most of his movies. Guess that’s why they get paid the big bucks.

I think IMDB’s Gone Girl rating of 8.4 is too high. The movie drags – my wife even fell asleep during parts of it. The plot is interesting and twists and turns and is a definate movie to put on your DVD list to watch… just don’t expect a blockbuster. If it had be edited down to the normal 1:30 it may have been a better movie. I was generous giving it a 7.  Watch it and let me know what you think. Do you think Ben Affleck is a good actor?