The Demise of Capitalism 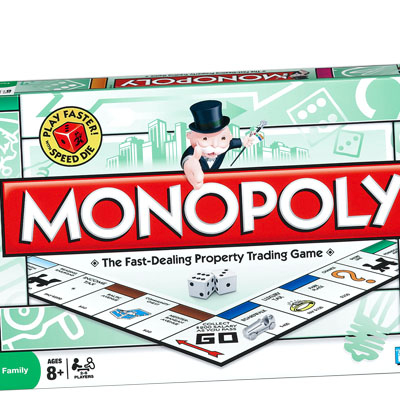 Ever play the game Monopoly? That is capitalism in a nutshell.

There is a bank that holds the money, a banker that handles the money, and players that spend the money. There is a finite amount of money… in other words, unless you print more, all you have is what comes with the game. Everyone starts with the same amount of money. As you move around the board, you have the opportunity to purchase real estate (property), utilities, or transportation (railroads). Part of the game is luck, part is being smart in what you buy and what you spend your money on. Buy and spend too much too soon, you could go bankrupt if you run out of money. Never take a chance and not buy anything, you will eventually go bankrupt by paying rent to others.

As the game progresses, you will soon have the rich and the poor…. the rich have made good investments and built houses and hotels, while the poor spend more and more money paying the rich rents for using their property and paying taxes. Eventually, the poor go bankrupt (lose the game) as the rich battle it out until there is only one winner.

Capitalism is exactly like monopoly. We are at a point in time where the rich (top 1%) end up controlling most of the assets. The poor are getting poorer because rents are up and pay is down. The middle class are players that thought they were playing the game well, but are now finding out that they can’t hold on to their positions because the rich have lowered the middle classes’ incomes (wage freezes, cut benefits, higher healthcare, lower 401ks), so the middle class are slipping into the poor class. After all, there is a finite amount of money in the game… and as the capitalist game goes on, more of that finite supply of money goes to the rich.

The rich perpetuate this by controlling the rules of the game (Congress & Lobbyists). They raise taxes, give the rich tax breaks, make laws benefiting their interests, take away programs that help the poor and middle class, and control the banks. As income shifts at higher rates than ever before from the lower 99% to the top 1% the game of capitalism is nearing its end.

Homelessness has increased exponentially, more middle class have entered into lower class (poor) status. The gap between middle and high classes have widened. Once the social programs get canceled (Social Security, Medicare, Medicaid), and healthcare made unaffordable for most (repeal Obamacare), the capitalist game will be over. Just like the game of Monopoly.

Then what game do we play next? The Hunger Games?